Cryptocurrency – what is a sale – gain or income?

Cryptocurrencies, such as Bitcoin, are a type of electronic cash; […] 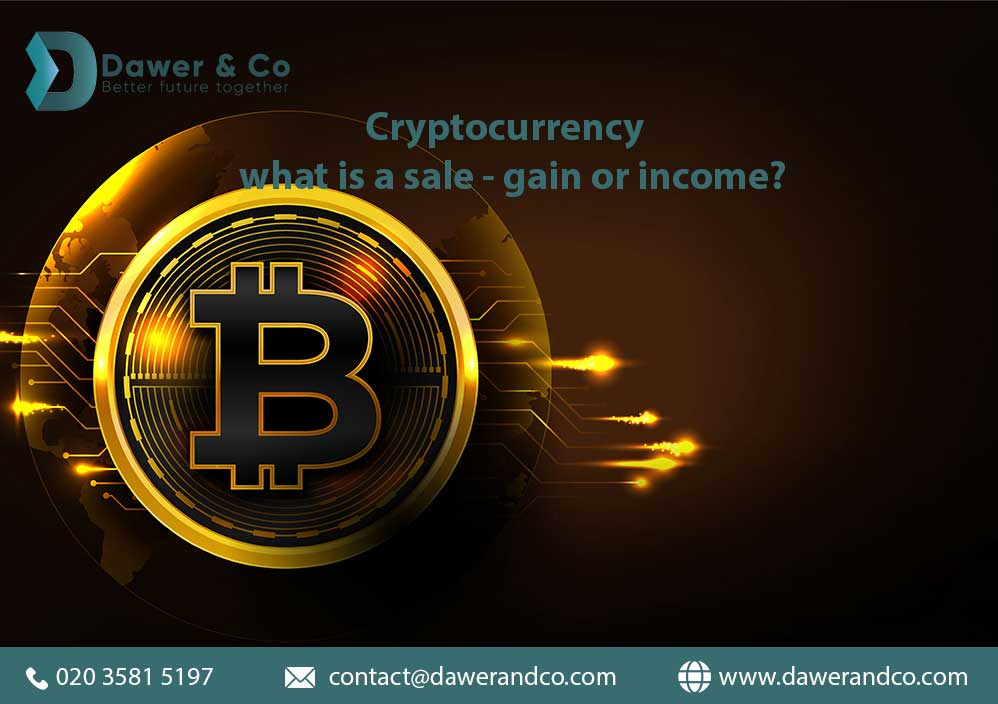 Cryptocurrencies, such as Bitcoin, are a type of electronic cash; designed to stand apart from any government or bank they work through a computer network. Records confirming Individual ownership of the ‘coins’ are stored in a digital ledger with secure transaction records. Coins can be bought or sold with other currencies, used to purchase goods from sellers who are willing to accept cryptocurrencies as payment, make investments in various assets and as investments themselves. However, the ‘downside’ is that the system is unregulated with no central bank or government to support the currency should something go wrong.

It has taken a long time to be accepted as a currency in its own right but in April 2022 HMRC announced moves to recognise one type of cryptocurrency (‘Stablecoins’) as a valid form of payment. Such tokens are intended to maintain a ‘stable’ value typically pegged to a currency.

Published in March 2021, HMRC’s Cryptoassets Manual outlines HMRC’s view of the tax position confirming that in the majority of circumstances the investment will be subject to Capital Gains Tax (CGT) on disposal. However, Income Tax and National Insurance contributions will be charged on cryptoassets received from:

Therefore CGT will be relevant on disposals as follows:

There will be transactions where there will be no CGT disposal e.g. if an owner moves tokens between “wallets” such that no transaction takes place as the owner retains beneficial ownership.

Certain costs on disposal can be deducted:

HMRC has precise guidance for crypto cost basis methods. Unless the token can be identified with the sale of particular tokens then HMRC requires the ‘pooling method’ to be used. Such a method already applies to shares and securities with the TCGT Act 1992 stating that it also applies to ‘any other assets where they are of a nature to be dealt in without identifying the particular assets disposed of or acquired – hence the use for any trading in cryptocurrencies.

The three possible methods of calculation are:

Proof that HMRC is taking an increased interest in such transactions was confirmed when, in August 2019, crypto exchanges that have business in the UK, such as eToro, Coinbase and CEX.IO, received letters from HRMC requesting customer data and transaction history. Following which, in November 2021, HMRC issued letters reminding those who have traded in cryptoassets of their responsibilities to report gains through a self-assessment tax return.

Get a personal consultation.

Dawer and Co is ACCA firm which serve small to medium company .

Back to top
Page load link

Click one of our representatives below to chat on WhatsApp

Support Dawer co
× How can I help you?